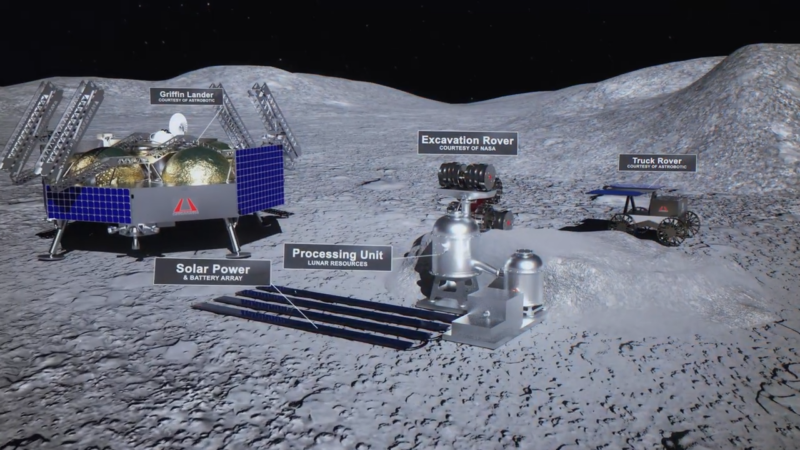 Enlarge / If all goes well, this is how Lunar Resources' extractor could appear on the lunar surface in a few years.
Lunar Resources

In recent years, much has been said about mining water ice in shadowed craters at the Moon's South Pole for use as rocket propellant. Enthusiasm for this idea has led NASA to begin planning the first human missions of its Artemis Program to land near the South Pole instead of the mid-latitudes.

However, a Houston-based company says there is value in the gray, dusty regolith spread across the entire lunar surface. The firm, Lunar Resources, is developing technology to extract iron, aluminum, magnesium, and silicon from the Moon's regolith. These materials, in turn, would be used to manufacture goods on the Moon.

"There are all of these valuable metals on the Moon, just there for the taking," said Elliot Carol, chief executive officer of Lunar Resources.

Carol is not your typical space company CEO. He has a background as a hedge fund manager and has only become involved in the space industry during the last five years. The opportunity to industrialize the surface of the Moon was too tempting to bypass, he said.

This may all sound fanciful, but there is money and valid technology behind the idea. In addition to the private capital raised to date, the National Science Foundation and NASA have provided the company with about $3 million in funding to develop a prototype reactor that could be sent to the Moon for a demonstration test. Carol said this demonstration reactor will be ready to fly "before" 2024.

The technology to extract metals has its roots at NASA. It is called Molten Regolith Electrolysis, by which lunar regolith is heated to a temperature of 1,600 degrees Centigrade, melted, and then electrolyzed to produce oxygen and metals, such as iron and silicon. Although the composition varies by location, lunar soil is composed of about 40 to 45 percent oxygen, 20 percent silicon, and 10 percent aluminum, with smaller amounts of iron and titanium.

Longterm, the company's plan is to produce metals and use them to manufacture power systems on the Moon, Carol said. All the materials are there to produce silicon solar cells, transmission cables, power storage, and more to provide power to lunar settlements during the 14-day lunar night.

"These are the kinds of things that America needs to do to remain a leader in space," Carol said. "Resource extraction is necessary for the United States to create a permanent presence on the Moon." 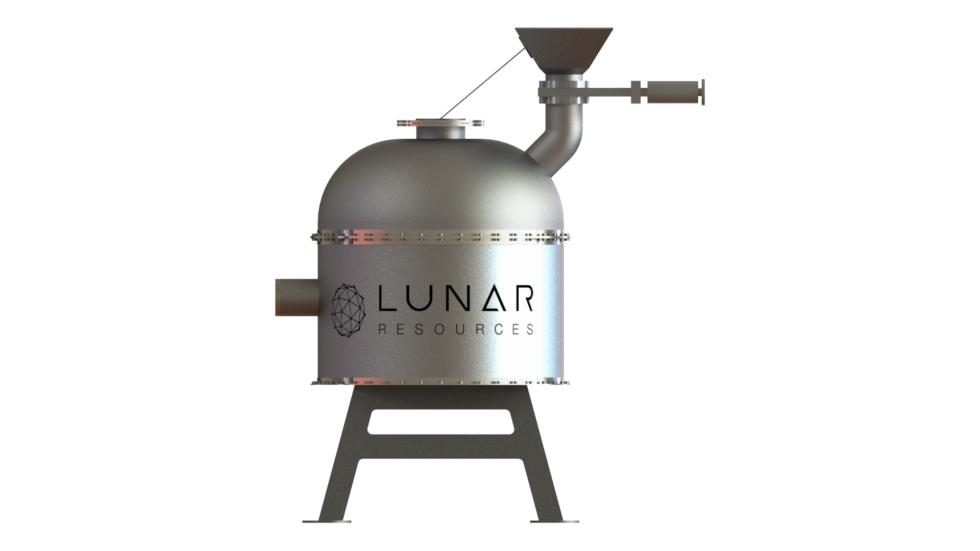 The company's initial reactor will measure about 1-meter in diameter and height and process scoops of lunar regolith delivered by a small rover. The goal is to process as much as 100 kilograms of lunar regolith during a 24-hour period. Lunar Resources is negotiating with NASA for a ride to the Moon on one of the agency's Commercial Lunar Payload Services missions, Carol said. This demonstrator would be a fairly large payload for such a mission, about one-half of a metric ton. "The challenge with demonstrating industrial technologies is that they're heavier than science payloads," Carol said.

In reality, proving out a technology like Molten Regolith Electrolysis in a laboratory is a very far cry from doing so in a vacuum on the harsh, dusty lunar surface, which has extreme fluctuations in temperatures. But no one said space is easy. And this is precisely the kind of experimental work that NASA's lunar payloads program should be supporting if the space agency is ever to find a pathway to sustainable deep space exploration.